Are you one of those who like speed? Supersonic or just a little faster than it is allowed, than this is your deal. These fastest things in the world should make us all very proud of what humans have accomplished so far! 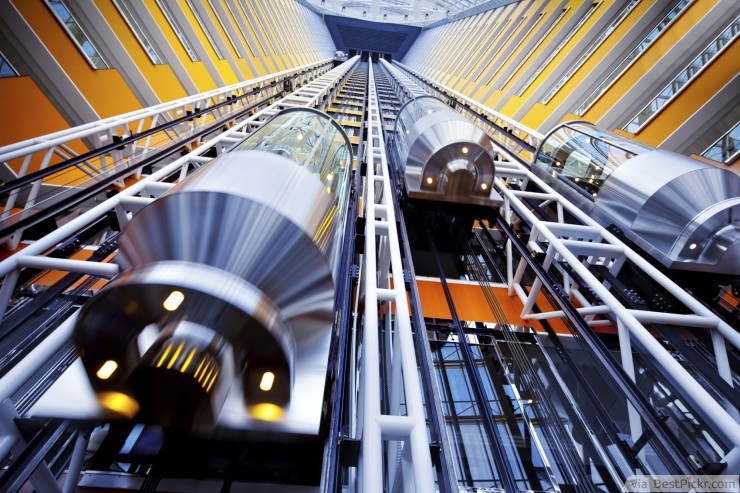 The Guangzhou CTF Finance Centre, which is still under constructions is yet to fix a lift that will travel at 45 mph. This speed will enable the lift to reach the 95th floor in 43 seconds. The lift's brakes have the ability to sustain temperatures of more than 3,000C, guaranteeing its safety and normal operation. The previous record holder for the fastest elevator was Taipei 101 building in Taiwan, which travels at 37.7 mph. The speed enables the lift to reach the top floor in 30 seconds.

Hennessey Venom GT. During the start of 2004, this car achieved a top speed of 270.49 mph, which is equal to 400 feet per second. The previous world record was Bugatti Veyron super sport, with a speed of 269 mph. Test pilot, Brian Smith, believes that he could get another 5-10 mph with the Venom GT, but the Rome way in Florida was only 3.22 miles long. The Texan manufacturer was given access to Nasa's space shuttle landing runway in Florida for one-off blitz in the 1200bhp machine. However, the fastest, non production car is the rocket powered Thrust SSC. It broke the sound barrier in 1997 after achieving a speed of 763 mph.

The Fastest Man In The World

The Fastest Computer In The World

Tianhe-2. Also known as the milkyway 2, this super computer is the fastest in the world with 33.86 petaflops. It runs on 48000 Intel Xeon Phi coprocessors and 32000 Xeon processors. Clearly, this is a very big computer, with 3.12 million computing cores.

The Fastest Thing In The World - EVER

The Fastest Thing In The World - EVER ❥❥❥ http://bestpickr.com/worlds-fastest-records

Light. With a speed of 186,282 miles per second, light is the fastest thing ever recorded in history. It might be fundamentally impossible to have particles faster than light, as believed by some mathematical physicists who still uphold Einstein's theory of relativity that states, 'nothing can go faster than light'. Ordinary matter would require infinite energy to be able to come close to light's speed- relativity forbids it. However, Einstein's theory does not rule out the a realm of particles that can only travel faster than light. 'Tachyons' will actually need an infinite amount of energy to slow down to light's speed.

The Fastest Airplane In The World

The US Air force, X-15. This plane holds the record for the fastest manned plane, with a top speed of 4,519 mph.

The Fastest Train In The World

The Fastest Train In The World ❥❥❥ http://bestpickr.com/worlds-fastest-records

Geo Maglev - the Japanese train, which operates on a magnetic levitation track, can reach speed of up to 320 mph.

The Fastest Bird In The World

Peregrine Falcon - The bird's ability to dive at more than 200 miles speed makes it the fastest animal in the world.

Formula Rossa roller coaster is located in ferrari world- Dubai, has a top speed of up to 150 mph. It can gain momentum to its top speed in about five seconds using a hydraulic launch system, which generates a release velocity like that of aircraft carrier steam catapults.

The fastest land animal - Cheetah, which can run for up to 75 mph. When running, the cheetah can also accelerate for up to 62 mph- in the first three seconds. It could easily outrun most cars.