There are many different valuable things on our planet, but some items are just considered ridiculously expensive. Here are 20 of the most expensive things ever to be sold on the internet and in real life. 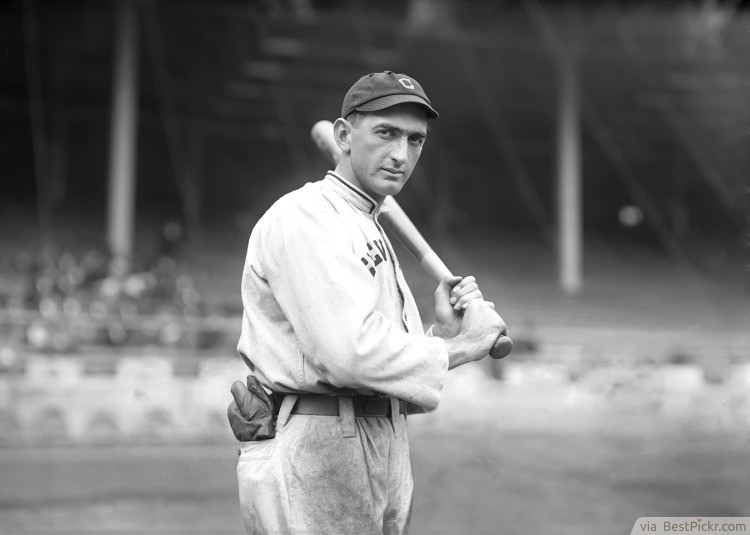 In 1920, Shoeless Joe was a major league baseball player. He stopped using the baseball bat he was using for 12 years. He was suspended from playing due to a scandal. His nephew listed it on auction. It was sold for 577 thousand dollars.

You might have seen this statue on the internet, since it was quite popular for a moment. The statue was known as My Lonesome Cowboy. It’s actually a life size sculpture by Takashi Murakami. The statue is a teenage boy who is lassoing his ejaculation above his head. Originally, it was supposed to earn 3 to 4 million at the auction. It was sold for 13.5 million dollars.

A Golf Game With Tiger Woods

This used to be common practice. Rich people would pay Tiger Woods to have a golf game with them. Some of them even paid more than one million dollars. They say that all the money went to charity. An EBay auction occurred to play with him for around half a million dollars and it sold.

Bill Gates bought this in 1994 for 30 million dollars! This is actually a journal where Leonardo Da Vinci wrote down his observations and thoughts. Several years later, Bill Gates released a CD version of the Codex to the general public. It has 74 pages.

In 2008, Ian’s wife and his six children left him. He wanted to have a fresh start so he listed himself up for auction on EBay along with his belongings! He auctioned his job, car and even an introduction to all of his friends. Someone actually bought all of it for 400 thousand dollars! Ian claimed he wanted more because that was only the actual price of his house.

In 1962, Marilyn Monroe sang a very sensual Happy Birthday to President John F. Kennedy. She wore such a tight and curve appealing dress. Some claimed she was wearing nothing underneath. In 1999, the Manhattan Collectible Company bought the dress for 1.2 million dollars. They said that this item was so rare that they were prepared to pay double.

This yacht is known as the most expensive item ever to be auctioned on EBay. The yacht is 405 feet long and it has 14 multi-level VIP suites, a helicopter platform and its own garden. It’s a floating fortress. A company sold it for 168 million dollars. Then they had to pay 84 million dollars just to keep it in place before they could exchange ownerships. It was designed by a naval architect named Frank Mulder.

Artemis And The Stag

Artemis And The Stag ❥❥❥ http://bestpickr.com/most-expensive-things-sold-in-auction

In the 1920s, some construction workers found a Roman statue that was 2 thousand years old. In 2007, it was listed on auction and a buyer got it for 28 million dollars! The curators were very happy to accept the money.

In 2007, a huge gold coin with a 99.999% solid gold purity was sold to a Spanish gold company for 2.6 million dollars which was its exact worth. It had already passed several ownerships between other gold companies and even Queen Elizabeth. It takes several people just to move it.

This was the most expensive auction item ever to be sold in 2001. This private jet was sold for 4.9 million dollars. It was sold by a businessman to an African company.

Former Electronics engineer Rob Elliott collected meteorites for 13 years. In 2009, he put the collection up for auction. He sold the entire bundle for 1.4 million dollars. He sold it because he thought that someone who is more interested in meteorites could make better use of his collection than he did.

These were the fake teeth that were worn by the famous Winston Churchill. He was most famous for his speeches during WWII. He wore them to hide his lisp and to give him a more accentuated pronunciation. The teeth were first put up on auction by the son of the dentist who created them. The bids rose to a selling price of 23 thousand dollars.

This is a phone number that was featured in Tommy Tutone’s hit song in 1982. It found its way to an auction that was put up by a New Jersey DJ. He could not sell the actual number since that would violate the rules of the telephone company. However, he could auction the DJ business the number was associated with. It was sold for 186 thousand dollars. Some report that the number still gets thousands of calls per year from 80s fans.

In 1909, the American Tobacco Company made a baseball card. Over the years, many famous people owned it. In 2000, this particular card was listed for auction. Brian Segal bought it for just a little bit over a million dollars. This card is considered one of the rarest baseball cards on our planet.

The 2003 Enzo Ferrari was built to honor the owner of the company. Only 400 of these cars were built and sold. A guy bought it for 500 thousand dollars at an auction, which is very cheap since the cars don’t go under a million dollars in value and they’re quite rare.

In 1987, there was a game for the original Nintendo system. Companies were experimenting with different technologies at that time, such as VI headsets. This specific game was designed for a Nintendo fitness mat. Only 200 copies of the BANDAI Stadium Events game were sold to different customers. Sales would have been bigger if BANDAI hadn’t recalled the line back. In 2010, one copy was auctioned for 41 thousand and 300 dollars! However, the transaction was never completed. Another copy was listed at around 22 thousand dollars and this one was sold.

Lunch With The Oracle Of Omaha

In 2010, the CEO of Berkshire Hathaway and the third richest man in the world, Warren Buffett, listed up an auction for a lunch with someone. There were many bids, but the highest one was 2.6 million dollars. The winner remained anonymous.

In 1978, the iconic sign we all know was replaced. The original one had really deteriorated over the 50 years it had been up on display. In 2005, the original sign went up for auction. The starting bid was 300 thousand dollars. The owner put it up for sale because he wanted to finance some personal project. In the end, it was sold for around 450 thousand dollars.

This is a story of regret that happened in 2007. The original owner wanted to sell his old bottle of ale on auction. The bottle came with an attached story that explained the history of it. The ale was specifically brewed for Sir Edward Belcher for his 1822 arctic expedition. The bottle was not titled properly on EBay. It sold for only 300 dollars. The person who bought it immediately put it back up on EBay with the right description and title. It sold for 500 thousand dollars!