Everybody enjoys a great story, especially one that’s filled with thrill and adventure! Here are 15 incredible survival stories where people evaded death in the harshest conditions possible! 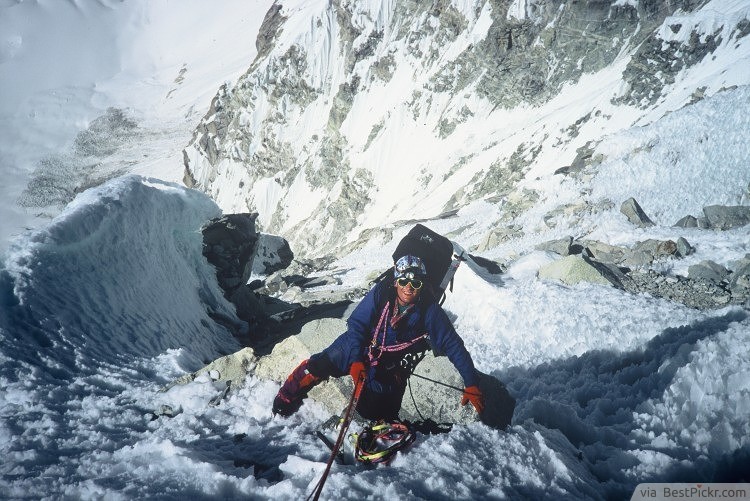 Joe went mountain climbing. He was being lowered down an abyss because he had a broken leg. He suddenly disappeared from view. His friend Simon was forced to cut the rope, sending him to certain death. However, Joe did not die. The whole ordeal turned into a three day fight for survival. He slowly moved through the snow in frozen tundra with a broken leg.

It was the 1994 Marathon of the sands in Morocco. Mauro was into his six day run when a sandstorm made him lose his path. He didn’t know which way he was supposed to run in the middle of the desert. He ran out of food and water after 36 hours. He drank his own urine and ate snakes and bats. He tried to commit suicide. He slit his wrists. Since he was dehydrated, his blood had thickened and it clotted the wounds. Some nomads found him 9 days later.

In 2003, an 800 pound boulder fell on Aron’s arm. He was trapped inside a canyon wall. If this story sounds familiar to you, there’s a reason why. Danny Boyle’s movie 127 Hours was about him! He was trapped in a Utah canyon for five days. He had little food and water. He snapped his own arm off to free himself. He then wrote a book about it.

In 1915, Wenseslao was captured during the Mexican revolution. He was sentenced to death by a firing squad. They shot 8 bullets at him, and then put one more through his head. He survived and pretended to be dead until the firing squad left. He was then interviewed by Ripley on Ripley’s Believe It or Not.

In 1983, Tami and her boyfriend Richard were sailing in the South Pacific. A category 5 hurricane ran into them! The ship capsized. Tami was still in the lower decks and unconscious. She woke up after 27 hours. Richard was gone. She sailed 40 days to what she thought was Hawaii, without a safe line or main mast. She ended up in some harbor, thankful to be alive.

In January 1982, Steven set sail in his small sailboat. He began his journey from the Canary Islands. He was headed to the Caribbean. A week later, his ship sank in a storm. He was left to drift on an inflatable rubber raft. He drifted like that for 76 days! He was adrift with only a shirt, three pounds of food, some water and gear. He eventually washed up on the Bahamas. After he was rescued, he wrote an autobiography about his perilous adventure. The director of the movie Life of Pi was so impressed that he asked Steven to become a film consultant.

Back in 2007, Ricky was the man who showed up as basically a skeleton near a cattle station in Australia. He claimed that the last thing he remembered was that he was drugged by a hitchhiker and that his car was stolen. Then he awoke to a dingo scratching at him. He was lost in the wilderness for 71 days. By the time he showed up again, he had lost half his body weight.

Truman is a railroad switch man who endured something horrible. His body was sliced in half by a train! He fell of a moving train in 2006. However, he managed to stay conscious and he called 911 and his family. He was in a coma for 3 weeks. He had 27 surgeries. He emerged very much alive, even though he is confined to a wheelchair.

Alcides was a window cleaner in 2007. He fell 47 stories with his brother Edgar when their cable snapped. Edgar died. Alcides was in a coma, with heavy damage to his body. He made a full recovery pretty soon. He was able to walk, despite the damage to his spinal cord.

In November 2003, Bethany went surfing in Hawaii. She was out with her best friend. A tiger shark suddenly came out of nowhere and tore her arm off. Instead of panicking, the thirteen year old Bethany swam back to the shore and managed to warn other swimmers nearby.

This story is set in 1982 on the highest slopes of a mountain in New Zealand. The two men, Mark Inglis and Phil Doole ran into a blizzard. They built an ice cave to escape it. Unfortunately, the blizzard kept on going for 13 days! All they had in the cave were meager rations and no warmth at all. Unfortunately, since the circulation went off in their legs, they had to be amputated. They managed to survive. The craziest thing is the fact that they still climb mountains with their prosthetic limbs. Mark became the first double amputee to conquer Mount Everest!

In 1973, 90 passengers were aboard the LANSA flight number 508. Lightning struck the plane over the Peruvian forest and it crashed. Juliane was blown out of the plane before it fell, 2 miles down the wreckage in a dense part of the forest. She came out of the crash with blindness in one eye, a broken collarbone, cuts and bruises. She walked through the jungle following the water downstream. She found a cabin and decided to wait for the owner to come back. She was then rescued. She continued her studies to become a zoologist.

When he was twelve, he owned a 1000 CC Mini Go-Cart. He was driving around in it when he hit a barrier at 40 miles per hour. His skull was severed from his spine! This is known as an internal decapitation. He was given only 10% chance of survival. Doctors claimed that he should have instantly died from such an injury. In 2006, they attached his skull using metal plates and graphs. A few years later, he went off racing again.

Anatoli was a former Soviet researcher. He then went on to work for The Institute for High Energy Physics. He was working on the largest particle accelerator at that time, in 1978. A sudden malfunction forced Anatoli to lean over a piece of equipment and to look inside of the proton beam chamber. The safety mechanisms failed and they did not turn off the beam. It went straight through his head at a speed that was faster than light. He claimed he saw a flash that was brighter than a thousand suns. He felt no pain, but his face swelled up and his skin began to peel off. He survived and did not lose any intelligence. However, he gets easily fatigued and he cannot hear through his left ear. He also has occasional seizures.

In the 1990s, Paul was working as a river guide with a tribe of Natives in Barbui. He was attacked by the bull hippo. While he was trying to save a colleague, the hippo swallowed Paul’s head. He then got mauled by the hippo, his arm severed and several parts of his body were broken. He endured a 7 hour operation for his recovery. He kept on leading Safari trips.